My name is Katarzyna Drossel.  I am 24 years old student from Scotland.  Originally I come from Poland but now my home is in the 'Whisky Land'.  I study Accounting in Scotland, but now I am here in this beautiful place.  I came to Florence for an internship at ISTITUTO EUROPEO.  This is going to be a huge adventure for me, so I am all excited about everything what is going to happen in the close future.  I will stay in Florence for only 2 weeks but I will try to spend most of my free time on visiting places.  Florence as a city is amazing, so if you are interested i travel it will have to appear on your 'to visit' list.  I really recommend this place for every one of you.  Wish me luck during this adventure! 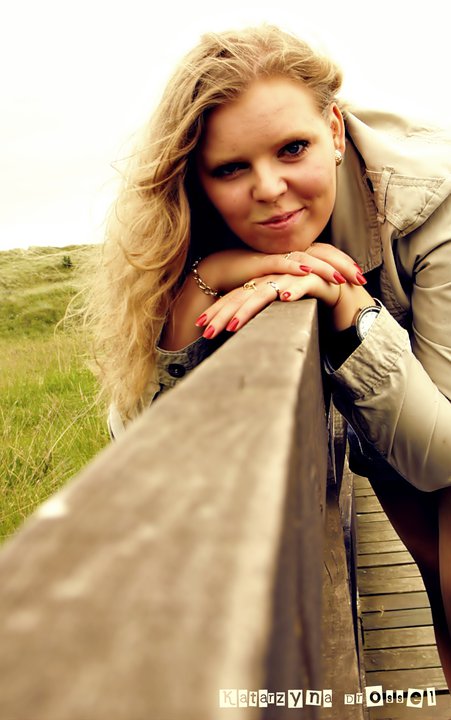 Why in this country is not possible to finally put in place the many times promised and announced structural reforms?

Why in this country is not possible to cut down Bureaucracy? Why in this country is not possible to finally put in place the many times promised and announced structural reforms?
There must be a power. A powerful power that prevents from doing any kind of reform. Otherwise it is utterly impossible to have a logical explanation for this chronic lack of reforms, and this power must be a Cancer as an inherent part of the system itself.
Is this Power the Masonry?
It could be. In this country Masonry has a deep-rooted tradition as an effective shadow government
Grillo’s words that “his goal is to do away with a system that has disintegrated the country and build something new that will restore Italy to a true participatory democracy and that the existing political class must be expelled immediately” are certainly the ultimate attempt to eradicate and delete this cancer, this power inherent to democracy as a cancer is inherent to a body.
That then the tones of political debate assume those of a commedia (which from one side they are fraying nerves in Brussels and Berlin and on the other side are depicting Italy as a land of clownish people), it is revealing the real nature of Italian culture, artistic tradition and folklore.
The movement Five Stars is therefore like a time bomb not only for the Hidden Power in Italy but in Europe as well: in the Brussels eyes this movement can be contagious and spread to other countries
From Grillo’s point of view this Cancer has already devoured the entire body of Italy, as a Cancer usually does: “How can we be accused of destroying something that’s already destroyed?”…“They’ve devoured the country, and now they can’t govern.”
Stalemate, inaction, temporizing is another aspect of Italian social and political tradition and mentality.
Corporations, associations, guilds…are all of them sharing this Cancer that is devouring Italy and its society and keeping this land in a perennial Status of Stalemate.
Pubblicato da ISTITUTO EUROPEO FIRENZE a 16:30 0 commenti

Where you can buy a Bialetti Moka pot in Florence 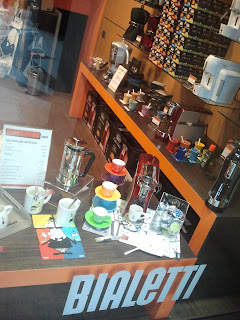 In centre of Florence, in Piazza della Repubblica, under the Loggiati (arcades) there is a nice and colourful Bialetti shop. 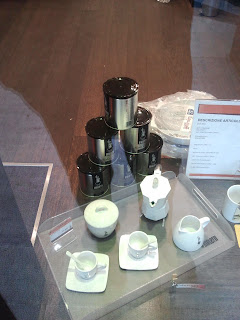 In this shop you can find the most original and trendy Bialetti Moka pots: the choice can be embarrassing because of the many forms, designs, colours, offers... 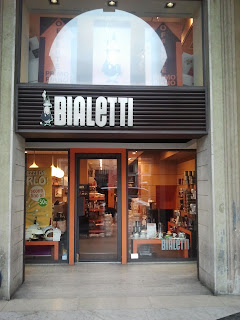 If you love coffee, an Italian style homemade espresso, this is the right place where you have to go once you are in Florence. 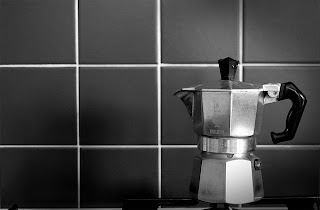 Bialetti are famous around the world for producing distinctive-looking, reliable espresso makers. Their logo is instantly recognisable and has an interesting history of its own: it is a cartoon caricature of Renato Bialetti, son of company-founder Alfonso, portrayed as “l’omino con i baffi” – the ‘mustachioed little man’.
Alfonso Bialetti was a metal engineer who kick-started his company by acquiring the invention for the Moka Pot from its creator Luigi De Ponti. The unique appearance of the coffee maker had gathered momentum as an iconic item since the 1930s. It’s the world’s “most famous” coffee maker due to two primary reasons: it looks great and makes making good coffee consistently easy. Its status has led the plans for the original Moka Coffee Maker to be kept in the London Science Museum. One of the great things about the Moka is that the design and material hasn’t really changed over the last 80 years – it’s still made of aluminium and has kept its octagonal aesthetic.
It was by focusing on this single product that the Bialetti family was able to become a household name. After the Second World War the company was led by Renato with a marketing blitz that included building a huge Moka Coffee Pot in Milan. By reinforcing the Bialetti brand the company were able to beat away copycat companies and distribute the product internationally.
By promoting the Moka Pot Bialetti were not only marketing themselves but also the idea that you can produce coffee cheaply at home – in contrast to large coffee machines which had to be maintained and operated by more experienced baristas. To a certain extent this is still a valid message today, which is why the Bialetti Moka Express continues to thrive up against other large machines. Its classic design also sets it apart from new products such as the AeroPress or mypressi TWIST, which helps Bialetti maintain their reputation for affordable luxury. These other coffee makers are also reliable and distinctive, but they don’t have the tradition and history of the Bialetti stovetop.
Bialetti continue to add related products to their line including the Induction Coffee Maker (made of stainless steel – for an induction stove), the Mukka (for making hot chocolate) and a wide range of cooking and kitchenware.
For as long as people want to make espresso at home the Bialetti Stovetop will continue to be with us.

Italy a land of Clownish People

Reading the comments in the International press after the Italian elections has been very instructive even for an Italian like me.
From my point of view two themes have been justly (re-)marked.
The Italian clownish character, that is in effect the one which is well exemplified by the Commedia dell'Arte.
Italy is a folk of clownish people (as Peer Steinbrück stated in a frank style: "In gewisser Weise entsetzt, dass zwei Clowns gewonnen haben"). Which, honestly, can be true, given that the Commedia in Italy has a long tradition from Dante Alighieri to Carlo Goldoni.
As in the Commedia Dell'Arte, our today's politicians, perfectly embody the traditional masks at their best: Bersani could be a good Pantalone, Grillo a perfect dottor Balanzone, Monti a noticeable capitan Spaventa, Fini a great Stenterello, Casini a probable Meo Patacca, Renzi a Pulcinella and, noblesse oblige, Berlusconi the Arlecchino par excellence!

In spite of this, though, many commentators support "the Monti's  reforms".
Does the Monti's reforms deserve the name "reform"? (This is my question)
The idea that a democracy can correct itself is not applicable to a land where the industry has to survive day by day in a-one-day-one-vision-economy.
Small and medium seized enterprises (the backbone of Italian Industry) are dying because of "Monti's reforms". It is therefore irritating for Italians when the International Press claims Monti's governance as a good governance: Monti governance has been for entrepreneurs what Attila was for the Eastern Roman Empire.